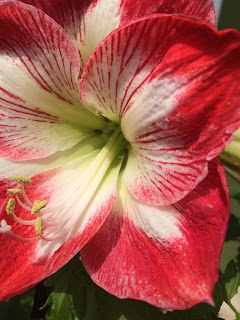 As usual, I am stretching the seven as some of my favorite authors are overachievers and have more than one series to follow. Thank you to Long and Short Reviews for the hop ideas!

These are some of my favorite young adult science fiction and fantasy series...


The Chronicles of Narnia by C.S. Lewis

There were certain books I reread every year, well into my college years, and this was one series. Even after I learned all of the religious implications I still treasured the imagination that went into these stories.

I loved the heroine working her way through the arduous process of becoming a knight in Alanna's stories. The magical creatures in the second series were fascinating and even better, that one connected to the first series. Personally, I was not happy with the way Beka's series ended, but I enjoyed the books up to that point!

Acorna by Anne McCaffrey.
I was enchanted by all of this author's series, but this was such a fun twist on the unicorn legends, especially since it was set in outer space!

The Chronicles of Elantra/Queen of the Dead/House War series by Michelle Sagara. I think this author's talent at world-building is superb and have lost many an hour reading and rereading some of the books of these series, although I have not quite managed to read all of them.

A Wrinkle in Time
(and, yes, I DID like the movie, although I wish less time and money had been spent on costume changes for the women, lol)

Ender's Game
I thought this was a great series and enjoyed the twists and turns. The author's other series was intriguing as well but the religious overtones became a bit too heavy for me.

Of course, I mentioned other favorites in previous Saturday Seven posts, so feel free to check out this post...