Sheltered and cosseted, Sonnet Mendoza abided by her papi’s wishes her whole life: no boys, studies first and always. Now an ER nurse in a busy Chicago hospital, medical school is so close Sonnet can taste it. Just like her father always wanted. Just like she can taste all the things she wants—like Griffith Parker, the man of her dreams and her new housemate.

Working “graves” in a large hospital as a security guard while attending the police academy during the day doesn’t leave ex-Marine Griffith Parker any personal time, but after meeting the beautiful Sonnet Mendoza, business as usual is anything but. Sassy, smart…and interested in him, too? Except, she’s made an art of keeping her distance, and she’s been clear that her plans don’t include him. But the heart wants what the heart wants. His wants Sonnet. He’ll put it on the line to win her.

It had grown dark, and the lampposts in the parking lot were lit. She had a little pep in her step as she walked to the ER doors, but she stopped and didn’t go in. He was there, hands on his duty belt as he talked with a patient near the security desk. Griffith emitted shock waves of sex appeal, even from where she stood.


She’d never be able to walk past him after what she’d done the other night. She reddened. Not like he would even know about her stupid fantasies, but she would. She’d half forgotten he would be on graves with her, too wrapped up in the exhilaration of getting into medical school and…other activities.


Evasive maneuvering seemed the best way to go, so she sidestepped and made her way around to the back employee entrance leading into the ER. She smiled to herself over the minor victory, and pushed against the handle to go in, but it didn’t budge.


She turned around, and there he stood, dangling a black Maglite in his hand. She reigned in the growl that wanted to surface. “I’m sorry?”


“The door. You need to yank the handle toward you, not push it. There’s a sign.”


Sonnet froze, and eyed the PULL sticker she’d been oblivious to, right above said handle.


“Of course,” she murmured. “Figures.” Even though he must think her an imbecile, she raised her chin with defiance and muttered her thanks as she tugged on the door. It didn’t move.


“Use your badge,” he said. “It’s a security measure so no unauthorized personnel get in.” She glanced at him. He crossed his arms, and his lips fought a losing battle to twitch upward.


Sonnet shook her head, flustered, and rooted around her purse for her work badge. “Look, I realize you think I’m a total moron here, but it’s my first night on the floor, my car had trouble starting earlier, and my nerves are all shot to hell. So, I’d appreciate it if you, your ridiculously stacked chest, and all your muscles wouldn’t judge me, okay? I’m nervous enough as it is. We’re not all perfect.” She held her badge to the RFID reader. The second the green light went on, he beat her to the handle and held the door open for her.


She didn’t see a wedding ring on his left hand. Hmm.


He smirked. “Good to know you like my muscles.” He raised his eyebrows as she clipped past him. 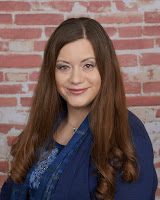 Roxanne D. Howard is a U.S. Army veteran who has a bachelor's degree in Psychology and English. She loves to read poetry, classical literature, and Stephen King. Also, she is an avid Star Wars fan, musical theater nut, and marine biology geek. Roxanne resides in the western U.S., and when she's not writing, she enjoys spending time with her husband and children. She also writes science fiction and stage plays as Haley Cavanagh. Roxanne loves to hear from her readers, and encourages you to contact her via her website and social media.