Please be advised that all of these are ADULT titles and should only be read if you are of legal age.


I have the wonderful opportunity to have the delightful Qwillia Rain visiting the blog today with a guest post and a spotlight on her Diablo Blanco Club Series...and what a series it is!

Balance? What's balance? I don't think people realize writers are a whole different breed of human. We have these non-stop conversations going on in our heads, and the slightest thing can get our "what if" mojo-jojo humming.

I mean really, who else besides a character would wake a person from a sound sleep to ask why you haven't gotten their book written? Or get angry because you let another character know a secret that they'd been keeping so they go off to Mexico in a huff and refuse to talk to you for six MONTHS!

You think I'm kidding? Oh no, I've learned I have characters with 'tude...(serious attitude). I'm luckier that many other authors, I'm not married; I don't have any kids; and I don't have any pets. You'd think I'd have it made. Able to sit back and relax and let the stories flow...

Puhlease! You think a two year old in full blown tantrum mode is difficult...try a head full of two year old on a sugar buzz.

Phew, okay, rant over...sorry about that, just needed to get it off my chest, because I'll tell you, there are days when I think about chucking it all and going back to teaching...it would be easier.

For me, balance is achieved on rare occasions. It works better for me when I have a day job to go to, it tends to get me into a routine that I can stick to better than if I don't have a job. This means I'm usually up by four in the morning and writing or going over notes until around six or half-past six. That's when I get showered and ready for the day job. The day job takes up most of the day, and I'm home by six in the evening at the latest.

Then it's take thirty minutes to an hour to relax and unwind. Some consider it meditation, I just think if it as decluttering my visual-conscious mind.

After that it depends on my mood. I'll fix and eat dinner, maybe watch a few episodes of Dog Whisperer, then head back to my office to answer emails for an hour or so. By eight or nine, I'm back to working on whichever book I'm writing or editing at the time, until I'm tired enough to go to sleep.

Eight years of waiting hadn't affected Dominant Bryce Halsey the way the last seven days had tested his control. Matite Lawrence, his perfect submissive, stood before him unaware of her potential, ready to be tutored in the lifestyle.

Battles will be won and lost between them, but the war for a Dominant's heart is a war Mattie is determined to win.

My thumbnail review:  I am so thrilled to have been given the opportunity to read all of the titles in this series and I LOVE the way they are all interconnected.  This introduction to the folks at the Diablo Blanco Club is definitely a scorcher as Bryce finally takes the steps to tutor Mattie in the 'lifestyle'.  The kinky games he plays with her definitely stretch her boundaries but fortunately, she is quite willing to become molded the way he wants.  There are intriguing threads laid down for stories about the other characters which whets the appetite for more of these sensual tales.  Mattie is not quite as strong-willed a person as I would like (which is probably why she is the perfect submissive for Bryce) but this is definitely a deliciously sensual and entertaining tale.


Vance was used to facing death and confronting terrorists in war, but when it comes to confessing his act of betrayal to the man he loves, Vance finds it impossible to keep his feelings Under Control.

Wow, what a poignant m/m tale that combines plenty of emotionalism and very intense loving.  I have my suspicion about certain developments that I am very hopeful will be conveyed in some future tale but I have to say that I really enjoyed the interaction between these two strong but vulnerable males.  Yum.


What's a Dom to do when the submissive he wants runs from the feelings between them?   From the moment he met Lyssa Lawrence, Mike Halsey knew what he felt was love -- not lust. Convincing her has been an uphill battle even after the two steamy hours they'd shared at the Diablo Blanco Club four years earlier.   Lyssa Lawrence wished the man who claimed to love her wasn't so damned appealing. Eight years of denying the pull of her submissive nature almost went up in smoke four years ago, but she'd gathered the nerve to tell him 'no' when he asked for more. She'd have stayed away for good if her biological clock hadn't hiccuped, threatening her dreams of motherhood.   In the same way she'd strategized her success in fashion design, Lyssa worked out a plan to get the baby she wanted. The Diablo Blanco Club's annual Midnight Masquerade would provide a number of potential donors to choose from. What she hadn't bargained on was Mike's interference through an arcane Club rule.    When Mike invoked Rite of First Claim, Lyssa finally became his. Now, he has one month to prove that the role of his submissive was one she was born to play.

Ok...I kind of wanted to smack some sense into Lyssa...when I read about her in the other story...and then when she makes her fateful decision to try to involve another Dom in her machinations.  I still don't agree with some of her actions although I can understand her reasoning and I am a little suspicious of this very convenient rule, lol.

I enjoyed the opportunity to peek in at Mattie and Bryce's lives (and adore their fey daughter, Maggie) and who can resist the phrase "Hell would house figure-skating penguins before she'd ever confess...".  This is another smoking hot but wonderfully intense tale that gives more insight into the lives of the amazing Halsey males and the women who become their mates.  And I love dragons but ouch...Mike's tattoo just makes me shudder!

After four years of unrequited love, and steamy fantasies, Elfina "Elf" Jeffries has just about given up on gaining her boss's attention. How was any self-respecting woman supposed to seduce a man who was oblivious to her cues? Then the first gift arrived...

Every Santa needs an Elf, and Dayton Kringle is no exception. His offer for a temporary affair, just long enough to get from Christmas Eve to New Year's, will satisfy a four-year craving.
His is a simple design:
One beautiful Elf
Twelve sexy gifts
A little spanking
Some light bondage
And ten days of no-strings sex

make one very satisfied Santa. But when the ten days are up, will he be able to give up the Elf of his wildest Dominant dreams?

If he had to watch Elfina Jeffries’s sweet little heart shaped ass sashay past him one more day, Dayton Kringle knew he’d explode. He fingered the gold and silver necklace in his pocket, determined to remain in control until his administrative assistant reached her car and slid behind the wheel. Despite his silent order to himself not to, he couldn’t keep his gaze from dropping to the sexy legs exposed by the above the knee length skirt of her green elf costume. The fact that she’d exchanged three inch black stilettos for the black slippers after they’d returned to the office only made the view that much more appealing.

As she leaned out to grab the door, Dayton gritted his teeth to stifle a groan when he spotted the wide border of green lace and the silky suspender from a garter belt against the creamy thigh revealed by the hiked up hem of her white trimmed skirt.

“The homeless shelter Monday night?” Elfina asked as she tugged the door closed.

“Yes. We’re due there by half past six.” He frowned at the unlocked doors and rolled down driver’s side window. “Keep your doors locked, Elf.”

She shook her head and laughed before starting the sedan. “Eldon and Raymond keep an eye on the garage.”

Dayton’s fingers tightened on the necklace in his pocket. “Better to be safe—”

“—than sorry. I know. I’ll try to remember tomorrow.”

She waved and pulled out of the garage.

First, let me say that I had to gulp once I started reading about this particular Elf's adventures, lol.  I couldn't decide whether I should be green with envy or red with embarrassment!  Definitely a very spicy tale and one can't help but cringe as past issues interfere with the path to happy ever after but fortunately these are romance tales and EVENTUALLY obstacles are overcome.

I have to say that I already was a fan of Qwillia Rain after reading her romantic suspense tale, In a Lover's Silence (NOR review at this link) but my, these "Diablo Blanco Club" tales were so compelling and peopled with such interesting characters that I have fallen in love with her writing even more.  Then, I had the pleasure of reading Revealed, which is part of her 'Poker Posse' series and I was even more blown away by her ability to pen an emotional tale.   I look forward to reading many more fantastic and sensual tales from this very talented author.

In A Lover's Silence (Amazon link) 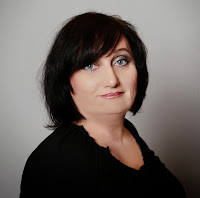 Born in California but raised in Las Vegas, Nevada, Qwillia Rain embraces fully the independent spirit of the West she grew up in, even if she currently resides in North Carolina.

Qwillia has worked at a diverse mix of jobs including casino change person, bill collector, book store and video store clerk, and computer teacher to Kindergarten through 8th graders, but writing has always been part of her life.

In 2007 her first book (recently revised and self-published) Santa's Elf, was published, opening a whole new world where she can play with her characters and get paid for it.

Qwillia will be awarding a grand prize of a messenger bag, pens, post-it notes, and a key-chain wallet (No geographical restrictions) as well as three Amazon gift cards: $20, $10 and $5 to randomly drawn commenters during the tour.  Please leave a comment with a valid e-mail address about which of these titles most intrigues you and why, and make sure you enter the Rafflecopter.