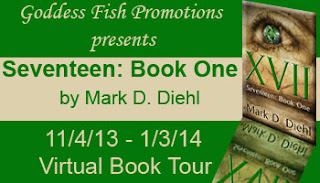 Today I have a guest post from Mark Diehl (who apparently has quite a varied and complicated life and is an inspiration on finding a way to overcome challenges!)

Lessons I learned from my hero (heroine/villain).
by Mark Diehl

I never had a hero.   Some guys say their dads are their heroes. I remember some lawyer at one of the firms I worked in had a picture of himself and all his brothers lined up with their dad, all holding fish they’d caught. It was behind him on the windowsill as he sat at his desk every day, and I wondered what that must feel like, to have a parent behind him like that.   I usually visited my father one weekend a month, and he usually worked at his orthodontic office on Saturdays and drove me home on Sundays. In my dad’s family, money was the religion, and they were fanatically devout. Every issue and problem had an easy, automatic solution: Work hard and make a lot of money. It was the only advice he ever gave me.

Of course, I learned from him without his having to teach me. I observed him, drowning out every moment of his life with a screaming television in the background, working around the clock as he saw patients in the daytime and worked their files through the night, always banking that money. I watched him go through sports cars and private airplanes, and observed him standing silently as his wife berated me in the cafeteria line for taking the roast beef instead of the chicken. I got to see Dad and his wife indignantly insist to the neighbors at one of their condos that their full-grown Rhodesian ridgeback, over two feet tall at the head, weighed twenty-five pounds, just like it had on the day they’d agreed to the covenant. The message I got didn’t have to be spoken to be understood: It doesn’t matter how you behave toward people who actually know you, as long as you surround yourself in the trappings of privilege.   Fortunately, I also observed that he had a pathetic life, and I had no desire to emulate any of that.

Most of the world's seventeen billion people are unconscious, perpetually serving their employers as part of massive brain trusts. The ecosystem has collapsed, and corporations control all of the world's resources and governments. A bedraggled alcoholic known as the Prophet predicts nineteen year-old waitress Eadie will lead a revolution, but how can she prevail when hunted by a giant corporation and the Federal Angels it directs?

“I know what you did, Sett. There is a Federal Angel with me right now. He wants to talk to you.  He would like to know why you helped some waitress escape after she killed Matt Ricker. Switch to visual. Now.”

He blinked hard and wiped a palm across his forehead. A sickly gray light seemed smeared along the opposite wall, having filtered through the filthy window at the end of the hallway. The floorboards creaked as he shifted his weight.

“Is it true, Sett?” his mother asked. “Why would you get yourself involved in a debacle like that? Why? When everything was going so well for you?”

He stared down at the stained plywood floor, now spotted with teardrops.

“What were you thinking? A waitress? You know better than to go getting messed up with people like that. They’ll drag you right down with them, every time. You come home right now and explain to this Angel exactly what happened; I’m sure he’ll understand. But I’m not going to lie to you. There will still be fallout. Society does not tolerate wretched, uncivilized behavior. I can’t guarantee you’ll be allowed to remain at Fisher.”

“I wasn’t thinking at all, Mother. I was just doing it, all of a sudden.” He sniffed. “She was hurt, and they started it, not her. Nobody else would help. What was I supposed to do? Just let her die?”

Mark D. Diehl writes novels about power dynamics and the way people and organizations influence each other. He believes that obedience and conformity are becoming humanity’s most important survival skills, and that we are thus evolving into a corporate species.
Diehl has: been homeless in Japan, practiced law with a major multinational firm in Chicago, studied in Singapore, fled South Korea as a fugitive, and been stranded in Hong Kong.

Other stops on the tour can be found at this link