Machines of the Little People by Tegon Maus (VBB, excerpt and GIVEAWAY) GFT

Machines of the Little People

When Ben Harris' sister passes away, her husband, Roger Keswick, is mysteriously absent from her funeral. It's not until 6 months later that Ben is pulled back in to Roger's life, only to find that he's moved on. His new wife may be called Jessica, but she's the spitting image of Ben's sister. Things escalate when Roger claims there's a factory under his house run by little people called the Katoy.


He had run to the end of the house with the garage.  There, in that corner of the building, was a small offset in the design that held six or seven medium sized bushes.  In the side wall of that corner, the opposing inspection vent.  The soil was damp here as well.

"Stand right here," Roger said, bouncing in place on the balls of his feet.

I stood were he asked.

"Feel it?" he asked expectantly.

My mind raced to find the right response.

"Their machines.  Feel it?  The hydraulic vibration?  They're running full bore," he said with admiration.

"I don't feel it," I answered but I wanted to.  I wanted to feel it for Roger's sake.  I wanted this to be more than just in his head.

Dressed in his business suit, he removed his jacket, throwing it to the ground.  He sprawled out, pressing his ear to the dirt.

"Listen to them.  Listen to the power.  My God, it’s exhilarating," he yelled as if speaking over the drone of some powerful, massive machine.  "Come on, Ben.  It's only dirt."

I moved to lay next to Roger, pressing my ear to the soil.

At first, all I heard was the rhythm of my breathing and that of Roger.  I held my breath breaking the pattern.  Faintly, barely audible came a steady even pulse.  I pressed my ear harder to the ground, trying to sort out what I heard.  It did have a faint, repetitive, mechanical sound. 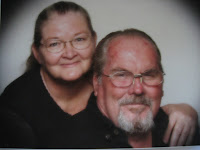 I was raised pretty much the same as everyone else... devoted mother, strict father and all the imaginary friends I could conjure. Not that I wasn't friendly, I just wasn't "people orientated". Maybe I lived in my head way more than I should have, maybe not. I liked machines more than people, at least I did until I met my wife.

The first thing I can remember writing was for her. For the life of me I can't remember what it was about... something about dust bunnies under the bed and monsters in my closet. It must have been pretty good because she married me shortly after that. I spent a good number of years after inventing games and prototypes for a variety of ideas before I got back to writing.

It wasn't a deliberate conscious thought it was more of a stepping stone. My wife and I had joined a dream interpret group and we were encouraged to write down our dreams as they occurred. "Be as detailed as you can," we were told.

I was thrilled. If there is one thing I enjoy it's making people believe me and I like to exaggerate. Not a big exaggeration or an outright lie mine you, just a little step out of sync, just enough so you couldn't be sure if it were true or not.  When I write, I always write with the effort of "it could happen" very much in mind and nothing, I guarantee you, nothing, makes me happier.